“If misery of the poor be caused not by the laws of nature, but by our institutions, great is our sin.” – Charles Darwin.

It is a well known fact among people staying in Jakarta that when the Jakarta administration decides to resolve a problem or issue, they simply pass a law. And lo and behold, they expect that the problem will simply disappear overnight.
The Jakarta administration has decided that the best way to get rid of undesirable people on the streets, whom they had defined them as beggars, street vendors and busker; is to pass a law to ban them outright. And as an added deterrent, the new law states that anyone who donates money to beggars or buskers will be fine or even face a jail sentence. This new law which replaces the 1988 Ordinance on public order also prohibits anyone from setting up and operating a business on the streets, sidewalks, bridges, or any areas that are defined as communal areas. The punishment can varies from a fine of Rp 100.000 to RP20 million or even a jail sentence for anyone who breaks this law.

I do understand the need to get rid of numerous beggars in the city’s streets. Too many beggars in Jakarta will create a negative image for this city. Like many cities in the world, there will be people who lived below the poverty line. In fact, more than a billion people in the world survive on less than US$2/- per day. And to them, they see begging as the only way out of their daily misery and to put food on the table. I have seen many beggars in the streets of Jakarta. Some of these beggars are children. I was told that there are syndicates that operates these begging activities as a business. If that is true, then the Jakarta administration should take tough enforcement against these syndicates. I feel sad whenever I see young kids begging on the streets. Kids should not be begging, they should be attending lessons in schools. Every child should deserves an education. And I strongly feel that it is the responsibility of the government to ensure that even poor kids can have a place in school. 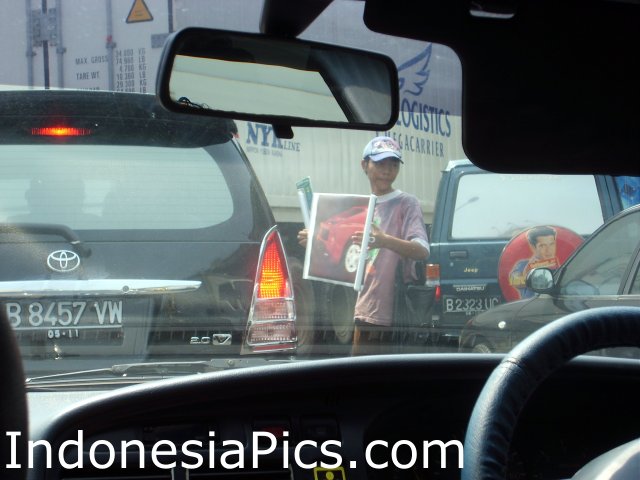 Street peddlers or vendors are a common sight in Jakarta. They sell almost everything that you need. From mineral water, cigarettes, newspapers and magazines, arts and handicraft, food, movie and music cds, clothes and many countless items. Most of the street vendors either lay down their merchandise on the sidewalks or hold them with their hands and arms and move about quickly from vehicle to vehicle during a slow moving traffic on the roads. Jakarta is famous for its traffic jams and congestions. So these enterprising vendors will take this opportunity to sell their merchandise. The conditions that they operate is tough, tiring and unsafe. But they have learn to adapt and work in such harsh conditions.

” The poor are poor because the rich are rich ” – Unknown

To resolve all these problems is not easy for the Jakarta administration or for that matter any government. This is because fundamentally it is about poverty. It is not easy to alleviate poverty in any city. To reduce poverty, the government will have to take bold measures to implement economic and social programs. There is a urgent need to create a conducive environment for foreign investment, to create employment, to set up schools and institutions of learning to teach and equip people with knowledge and technical skills. To build more schools for children and to help budding entrepreneurs. 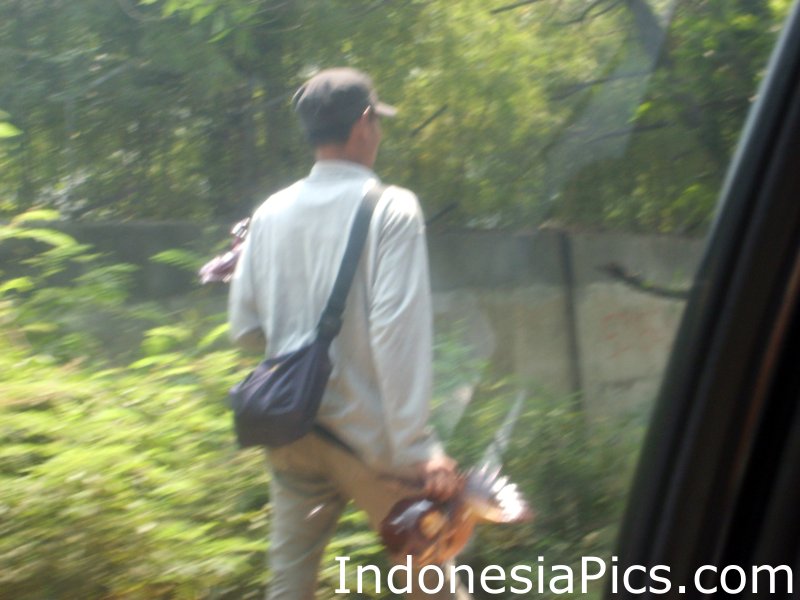 Perhaps the Jakarta’s government could learn from the successful programs pioneered by Dr. Muhammad Yunus. He is the founder of Grameen Bank and a Nobel Prize winner in 2006. He discovered that giving small loans to the poor do really make a difference in their lives. Thus providing micro-credit to the very poor enables them to start a micro businesses; the earnings or profits from these businesses is a first step towards financial independence. He said that ‘We remained thoroughly convinced that while people may be poor and illiterate, they are not stupid. Potentially they are as smart as anybody else in the world.’ He is convinced that even beggars if given the opportunity, can become successful micro-business owners.

The Jakarta administration should take the lead and work with non government agencies and corporate bodies to help the poor. The poor people have no voice and no rights. I always admire the spirit of street vendors whenever I am in Jakarta. They are a tough people with a can do spirit. And I say the same for people who busk for a living. I love listening to live music much more than piped music. I must say that some of them are truly talented musicians. The Jakarta administration says that it is illegal to conduct such activities. Then why not make it legal? Perhaps the administration could identify and locate pockets of spaces for them to conduct and operate their businesses throughout the city. Space that are alloted to these street vendors and busker can be rented out at a low cost subsidy rate for perhaps the first 3 or 4 years; and thereafter gradually moving up to market rates. And for those beggars who are not keen in running a micro business, then they should be given the opportunity to learn technical skills, so that they can be hire and earn a decent living.” There are people in the world so hungry, that God cannot appear to them except in the form of bread.” – Mahatma Gandhi.

The Jakarta administration must recognized that an enactment of a law does not resolve social problems at all. The problems are still there awaiting for them to solve. The administration should not penalize people for being poor, but recognize that they are poor and constructive assistance should be given. I believe that if help is given to the poor, whether in the form of setting up micro businesses or acquiring technical skills, they will be empowered to help themselves and regain their dignity and respect. Thus poor people will no longer see Jakarta as a city of misery and despair; but as a City of HOPE.
For more information on Indonesia, visit our website at Indonesiapics.com 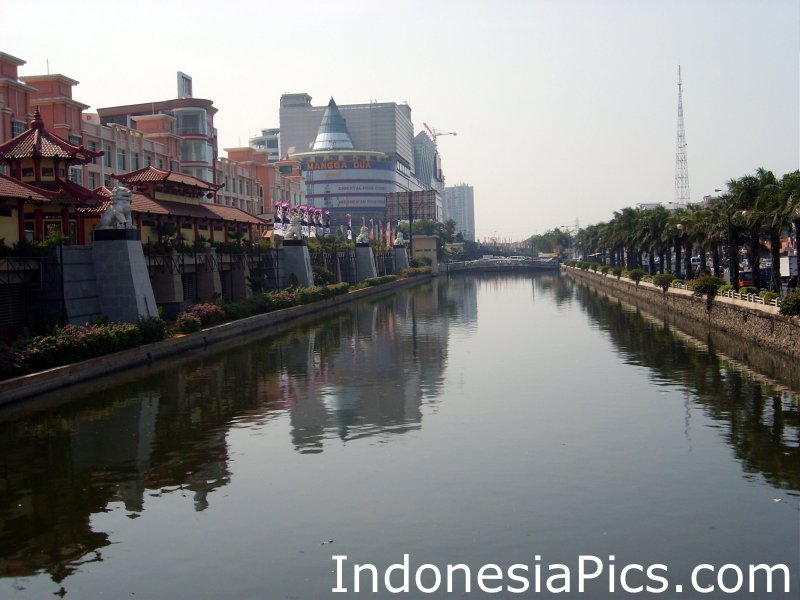 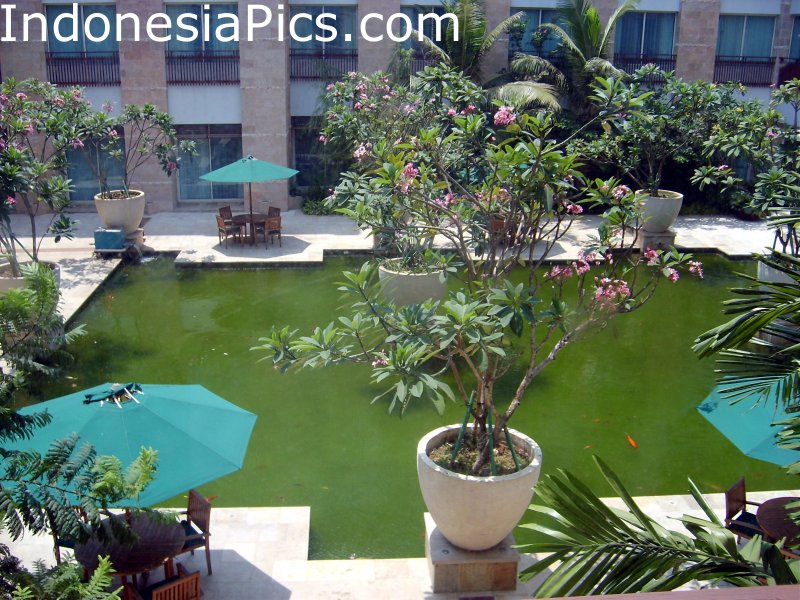